Do You Read Russian? 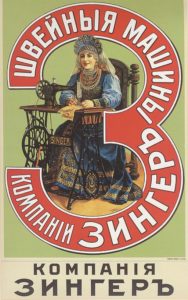 Do you read Russian? We don’t, and as a result, we had a funny experience while in Ukraine.

We visited a very modern grocery store in Kiev, hoping to pick up a few items – including half and half for our morning coffee. We passed through the crowd and made our way to a refrigerated shelf stretching for 30 feet with every kind of milk you could imagine – I guess. I say, “I guess,” because we couldn’t read anything anywhere…and no one around spoke any English. It looked like it could be milk.

Bravely we scanned the cartons and spotted the international language – Math – on one of them. It read 10%, so we knew that we had found our half and half. Confidently we took our purchase back to the apartment, pleased with our ability to solve the matter. Pleased, that is, until the next morning when Mickey poured Buttermilk into his coffee. Oops.

Back to the store for another try. We ruled out all of the green cartons and checked numbers again. Ah-ha! 33% appeared before us. That must be it.

It was indeed cream – but such thick cream it was in solid form – almost butter.

So I’ll say it again. We don’t read Russian.

After we returned to the states, this experience along with a few others led us to our first attempts at learning to decipher the Russian alphabet. It’s so different. Even the letters which look like ours sound entirely differently.

And in this pursuit we discovered something quite significant. The Russian alphabet, called the Cyrillic alphabet, was named for Cyril the Philosopher, who, along with his brother and proteges devised the alphabet. He came from Constantinople (the present day Istanbul) in order to bring Christianity to the Slavic people. He created the first attempts at the Cyrillic alphabet so that he could translate the Bible into their language. Now the Russian language.

Cyril became known as the Apostle to the Slavs, and was later canonized by the Greek Orthodox Church.

For nearly a century the Russian leadership has been so anti-Christian that it seemed farfetched that their written language had been created in order to translate the Bible. But that’s exactly why it was created – and there was a time when there were many Christians throughout that eastern region. Many devout Christians.

Now it’s centuries later, but God still has these people in His plan. God is in the business of reclaiming territory and restoring righteous pathways, and He has special plans for all of these people in that Eastern European region. The ones whose very alphabet was created for the Bible.

So God is on the move throughout that territory. We are excited to be a part of it. Many people will come to know the truth and will receive Jesus as their Lord. And many will take the fire of the gospel to all parts of their land.

There are terrific times ahead for Eastern European Christians, and we want to be a part of it! 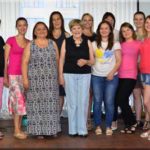 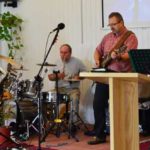 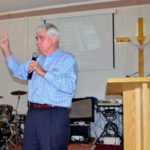 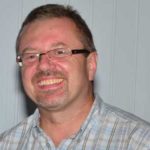